Here is a Top Tips video on Carte grise

So recently whilst dealing with a ‘carte grise’ for a customer, one of the team found themselves at the Prefecture in Grasse.  The cost of the carte grise was higher than expected as this was a foreign imported car and difficult to estimate using the prefecture’s online tool. My team member was faced with either paying for this much higher than expected amount or of course contacting the customer to get permission for the extra amount.  She spoke with the cashier at the prefecture and said she would come back and pay later (you have 3 days to pay when importing a car).

Two days later, armed with the documents and the authorization to pay the larger amount, she was absolutely astounded and extremely frustrated when the cashier said she couldn’t pay with a check as they could only take checks up to 2,000 euros and only one check at a time.  The only other way of paying this larger amount was banker’s check or bank card.  Of course none of this information was indicated anywhere in the Prefecture!  My team member was so absolutely furious that she hadn’t been told about this the first time and of course the response to her indignant questioning was ‘you didn’t ask’!!

It still amazes me after all these years in Expat services that even I can be flabbergasted about the lack of information provided in Government offices when dealing with paperwork.

So after this case, I thought I would highlight some of the Grey Areas that you might not think of when dealing with your car registration.  This will hopefully save you some time and more importantly avoid the scenario above.

Where can you process your application?

You can process the carte grise at any prefecture however the ‘Quitas Fiscal’ needs to come from the tax office attached to your town.  The Quitas Fiscal is the document that you need from your local tax office to prove that the VAT has been paid on the car.  Some prefectures ask you to come back and collect your Quitas Fiscal the next day.  Call them to check before going there, its much easier than just turning up.  If you have imported a car without paying the VAT, then the VAT will need to paid at the tax office before registering the vehicle in France.

How can you pay at the Prefecture?

By check or bank card and sometimes in Cash (often limited).  If you are not the owner of the vehicle, you may need the check in the name of the owner. Before going to the prefecture, ensure that you understand how you can pay for your carte grise ie cash, check or bank card and just what the limits for these payments are.  Don’t be caught out, ask the question.

Whose name can be on the carte grise?

You can have more than one person’s name on the ‘carte grise’.  In which case the second person would be the ‘co-titulaire’.  This person can be your husband/wife or even just a friend.  There are of course formalities to complete depending on who the co-titulaire is and this all happens at the prefecture.

Advantages versus Disadvantages of two names on the Carte Grise

If we are two drivers, do we both need to be on the Carte Grise to be covered for Insurance ?

No.  You can have the car registration document in one name and have the car insured with this person as the principle driver and have another person on the insurance as the secondary driver.  If this is a concern, then speak with your insurance company to see how the policy can be changed to include another driver.

Of course if all of this seems too much and just want LBS to take care of this for you, then book a Completion pack and take the hassle out of your paperwork in France 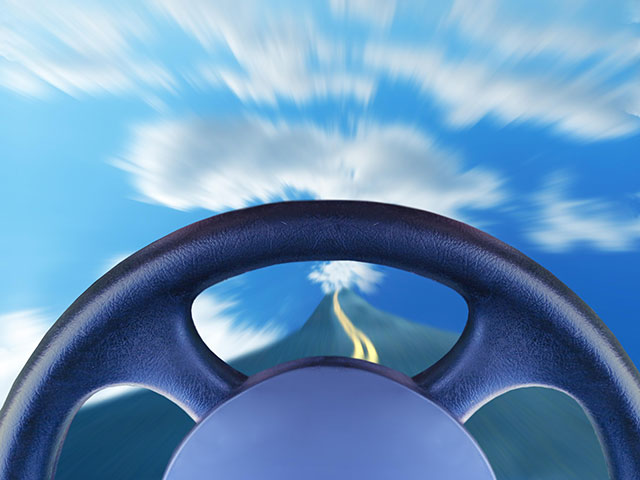